My students love this activity. I'm posting it firstly as it's part of an assignment, secondly because I really appreciate other teachers sharing resources they've made and of course I am keen to contribute to the ELT community.

I usually do the activity something like this.
It would be a great introduction to a fairy tale writing activity.

The best part of the game is that reticent students get caught up in the fun of it and listen keenly to the speaker, so I look forward to watching my students play this game every year. 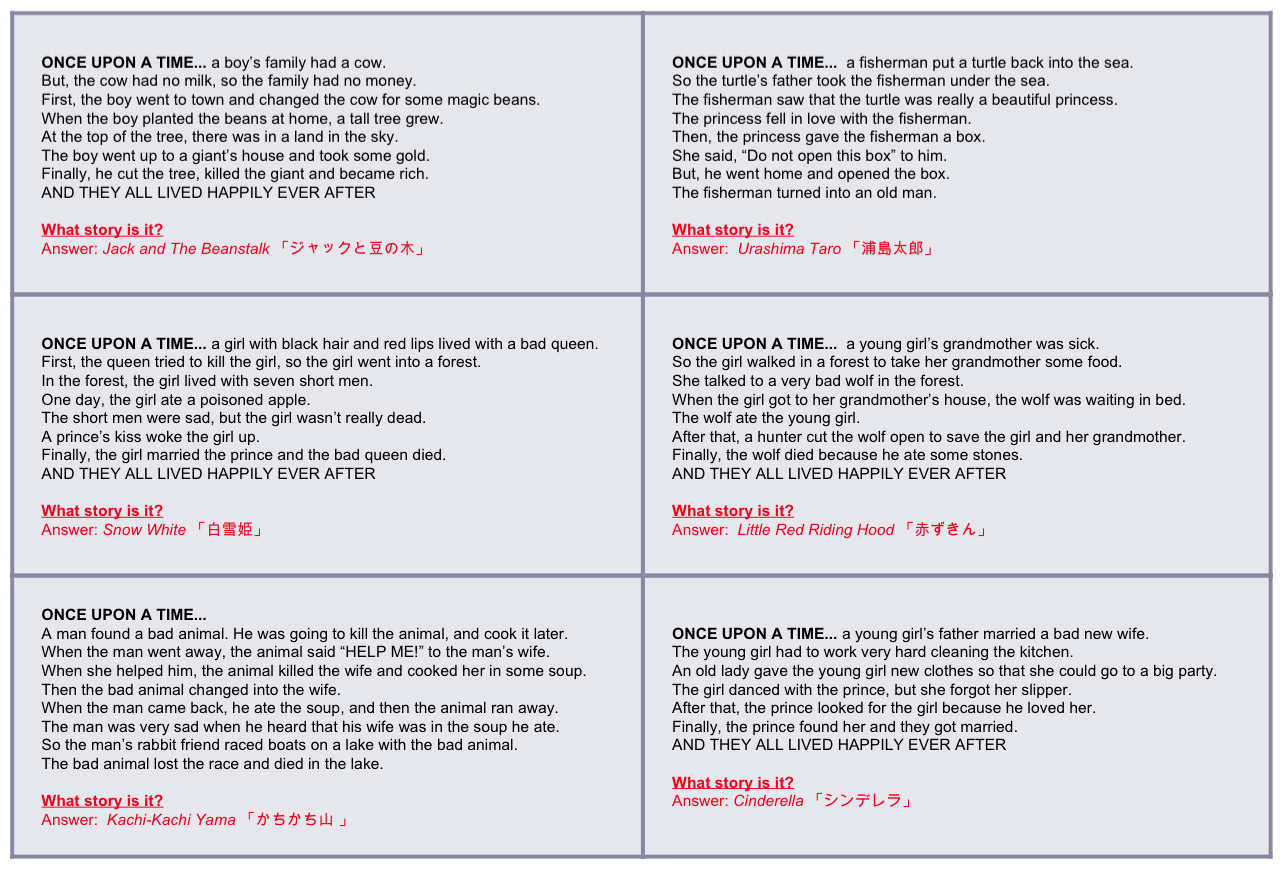 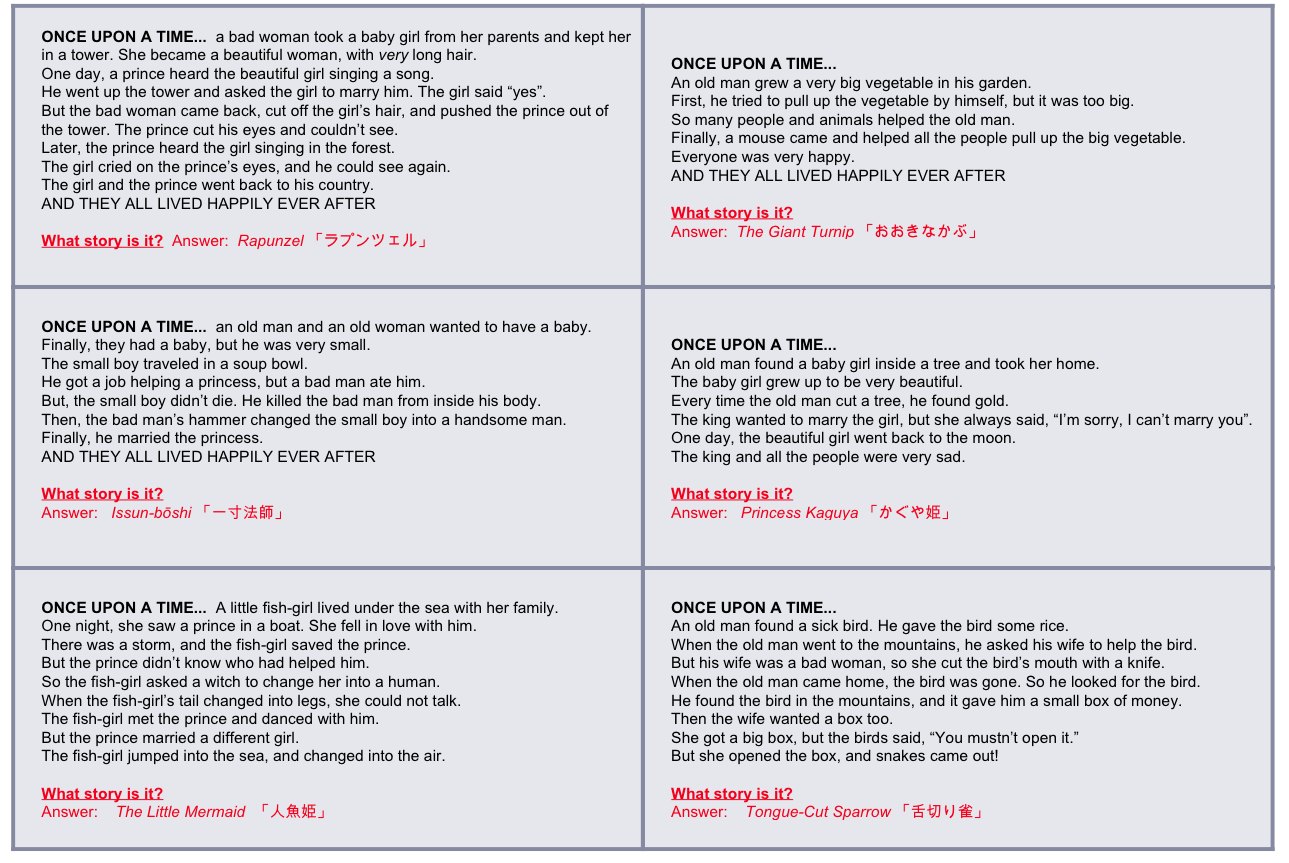 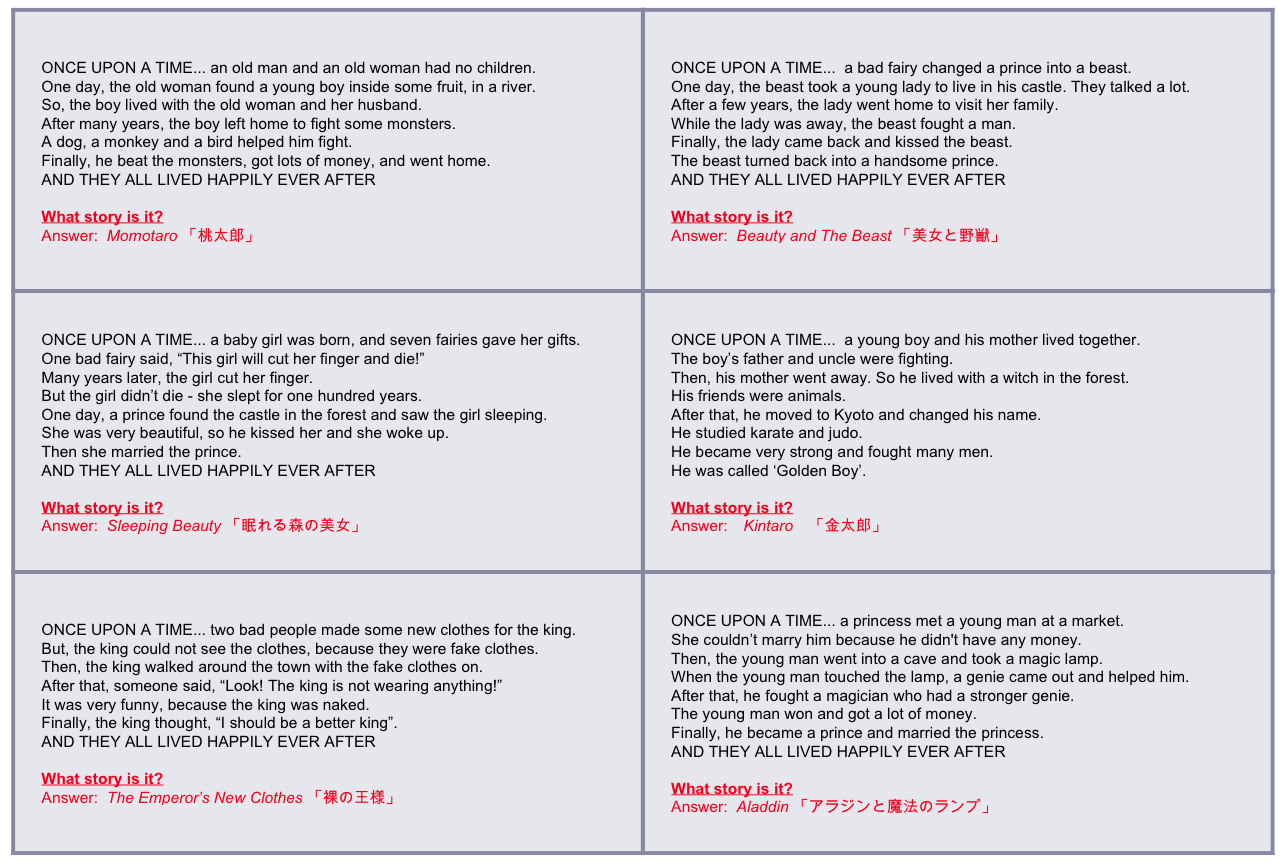 These are some ideas on main activities to do after this warm-up. Thanks to my classmates at Coursera.org for many of these ideas!